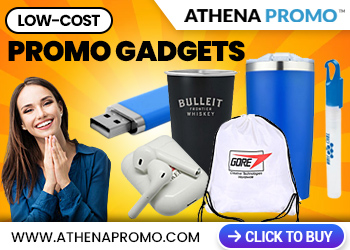 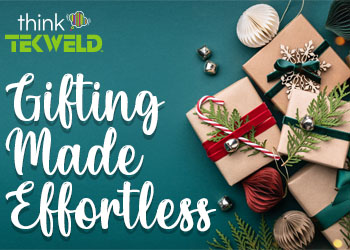 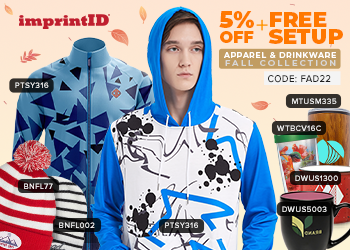 Guerilla marketing is an advertising strategy that uses unconventional or surprise tactics to promote a product or a service, and it can be a great, inexpensive way to get people talking about your customer’s brand. Even the smallest product can create the biggest impact!

Guerilla marketing is fun because it forces you as a marketer to think a little outside the box and allows you to stretch your creativity beyond the traditional means of advertisement like print marketing. There’s truly no limit to what you can do with this type of marketing.

When we think of guerilla marketing, we usually think of something big and bold that makes a huge statement, like a plane carrying a banner in the sky or a blimp flying above a baseball game. But it doesn’t have to be extravagant. Guerilla marketing can come in all shapes and sizes, so let’s take a look at some examples to get an idea of what guerilla marketing is and what can be done with it.

To promote their newest shatterproof glass, 3M placed stacks of cash in between two sheets of their glass. Anyone who managed to break the glass could have the cash!

If you’ve ever owned an Apple product, you know that they come with stickers. I remember when they were a big deal when iPod Colors and iPod Nanos really became popular. Anyone cool had an Apple sticker on their car, and they were an inexpensive addition to include with the purchase of a new Apple product. They became coveted enough that everyone had to have one and show off that they were cool enough to have an iPod, iPhone, or Mac! Apple brilliantly used their own customer’s cars and laptops as their own personal billboards, spreading brand awareness.

3. We All Float Down Here

The clown from It is up there with one of the most recognizable horror villains of all time – and Tim Curry’s version most definitely sparked fear of clowns for an entire generation and beyond. A few weeks before the remake of the movie premiered, red balloons began to appear floating out of drains in major cities with a hashtag, movie premiere date, and the phrase “It is closer than you think” spray-painted in front of the drain. Spooky!

Bounty is well known for their jingle (you know “the quicker picker-upper: Bounty!), but they also have had some pretty cool guerilla marketing tactics. Like this one! A giant popsicle (which was actually melting!) was placed in the middle of the city with a sign advertising their paper towels. Bounty makes small work out of big spills!

Denver is very dry, especially during the summer months, and almost every summer, there is a drought. Because of this, the city of Denver and the surrounding suburbs often have to conserve water. To help bring awareness to water conservation efforts, Denver Water placed several benches that had been cut in half around the city in high traffic spots.

In all of these examples, we see that they immediately draw attention to the advertisement. With the popsicle, you would be wondering why there was a giant sticky mess in the middle of the road and would probably go check it out. I know I would have tried to break the 3M glass if the advertisement had been in my area! They work because they exploit a human’s natural curiosity – we’re drawn to the strange and unusual. We want to explore and think and learn.

But they certainly do not have to be extensive, expensive campaigns either. This is why the promotional products industry is a perfect companion for guerilla marketing!

So, how can we make promotional products work for something like guerilla marketing?

If we break guerilla marketing down, it’s no different than viral marketing – and promotional products can take your efforts to the next level.

In another blog, The Art of the Viral Product, I talked about some intriguing recent campaigns from major brands that incorporated promotional products. Like the IKEA Candle and the Arbys D&D dice, all of which had massive popularity.

Apple’s stickers are a perfect example of promotional products working for guerilla marketing. Another great example would be the giant bags that you see being carried around comic cons, most notably the San Diego Comic-Con, averaging 150k attendees each year. Usually, the title of an upcoming TV show or movie would be printed on the bags. The bags are then carried by patrons to put merchandise, swag, or anything else they happened to pick up during the show. Some other fun examples would be stickers placed around a city or a whole crowd of people wearing t-shirts with a clever logo or phrase to pique interest and get consumers to Google the meaning.

Guerilla marketing doesn’t have to be tricky! With a little planning and smart product choices, it can be a great, inexpensive way to get people talking about your customer’s brand.

To check out some more examples of guerilla marketing and get inspired, take a look at our blogs on Pigeons Aren’t Real and the coolest viral products of 2021.

Do you have a favorite viral or guerilla marketing campaign that you’ve seen? Let me know in the comments below!