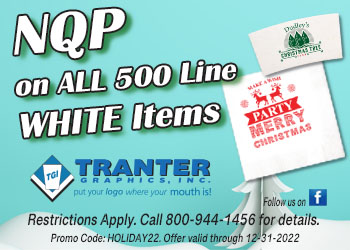 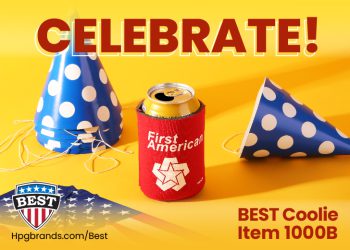 There’s some good and bad news.

We’ll start with the bad.

Back in July, we covered the US port delays and what that meant for the upcoming holiday season. At the time that article was written, officials were extremely hopeful they would be able to clear port congestion by August – right as the big holiday rush was starting to pick up. Unfortunately, that didn’t go as planned.

Here we are in October with ports in Long Beach and Los Angeles seeing a record number of container ships waiting offshore. Currently totaling over 60 (and growing), ships are queued to dock and unload where there is another obstacle waiting: a lack of truck drivers to transport product from the ports to the distribution warehouses. And this backup is starting to influence more than just the supply chain from manufacturers to retailers.

My dad works for a large rental truck company. He manages truck dealers in both Texas and Oklahoma – and he is entirely out of trucks. Why? Because all his reservations and extra trucks have gone to delivery companies like Amazon, UPS, and FedEx – and his company isn’t the only one. All the major truck rental companies have been completely booked to accommodate the increase in shipping. He told me he’s never seen it like this before, his waitlist is completely full.

While it’s difficult for companies like the one my dad works for to find trucks, it’s also becoming increasingly more tricky for shipping companies to find containers and to find spots on ships for those containers. In fact, it’s gotten so complicated that Target, Costco, and Home Depot have all chartered their own ships to aid their supply. According to a report from Bloomberg, Amazon is shopping for used cargo jets to evade port delays.

And of course smaller retailers are even more heavily impacted. I recently spoke with a supplier who told me that they’ve had cargo stuck in port for upwards of two months. An e-commerce toy reseller I talked to said they’re only getting in one product at a time when they have over a thousand orders to fill.

How did this happen exactly? Well, to start, two of the largest ports in the world, Yantian and Ningbo-Zhoushan – both located in China, have had regular terminal closures to curb COVID-19 outbreaks. Additionally, in Vietnam, hundreds of factories have closed due to lockdown restrictions. But closures aren’t the only thing fueling the lag.

But this is where the good news comes in.

It’s not all doom and gloom!

One large contributing factor to the waterway congestion is a surge in e-commerce sales, with sales increasing a massive 39% in the first quarter of 2021 over the first quarter in 2020 – and while that hasn’t exactly helped the supply chain issues, it’s great news for those who mainly do business via e-commerce – like the promotional products industry.

In other great news, the Port of Long Beach in California has expanded its operations 24/7. The Port of Los Angeles is following suit this month, and both will be doubling their hours to move cargo. The International Longshore and Warehouse Union has announced that its members are willing and ready to work those extra hours to ensure that the ports are cleared.

In addition to working with the ports, the White House also met with major retailers and shipping companies last week and have established the Supply Chain Disruptions Task Force. According to their fact sheet:

So, things are looking up. But what does it mean for the promotional products industry?

With major retailers, shipping companies, and ports increasing their hours, that means that the ships holding promotional products and other items ordered by smaller retailers will be able to move through quicker. We should start to see a decline in queued container ships sitting in a watery limbo and the numbers restored to a pre-pandemic normal.

So, while we’re not entirely out of the woods yet, it seems as though we can look forward to the holiday season again but you should definitely continue to press your customers to get their orders in sooner than later – you know, just in case things don’t go as planned… (we’re looking at you 2020).

Speaking of the holidays, if you’re looking for a little inspiration to pass on to your customers, check out some of our favorite gifts for 2021 here!