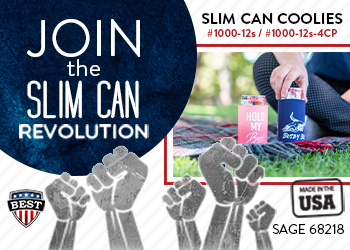 It has been a decade since Google launched its self-driving car project, which began as the winning entry in a contest sponsored by the United States government’s Defense Advanced Research Projects Agency (better known as “DARPA”). Yes, that DARPA. At the time, DARPA was keenly interested in developing driverless car technology for military use, for quite obvious reasons. So, in the spirit of true competitive entrepreneurship, it offered a contest complete with a hefty cash prize for any group that could build a fully autonomous vehicle and successfully complete a course in the Mojave desert. Several groups, mostly affiliated with various high-tech universities and colleges, entered the contest in hopes of winning the cash prize, and perhaps more importantly, bragging rights. Unfortunately, in the first year of the contest, none of the vehicles successfully finished the course. The vehicle with the best hope of success got snagged on a rock and that was the end of that. No winner. Unwilling to admit defeat, DARPA decided to repeat the contest for a second year. This time, a car developed at Stanford in affiliation with Google completed the course and took home the cash prize. Thus, began the self-driving car project at Google, as well as the broader frenzy to eventually make self-driving cars a reality for you and me.

Fast forward 10 years to the present. Google’s self-driving car project is now called Waymo, a wholly-owned subsidiary of Google’s parent, Alphabet. But Waymo is no longer the only game in town. In fact, there are over a hundred self-driving vehicle companies that are now essentially all on the same quest – to bring autonomous vehicles to market. Recently, the most popular case has been robot taxis (think of Uber without the driver). But other companies are working on autonomous package delivery vehicles, autonomous big rigs, and, of course, autonomous vehicles for you and me to park in our garages one day.

A few years ago, I was giving a presentation about leading-edge technologies and I made the statement that I didn’t think my son would need to learn how to drive. At the time, he was about 10 years old. Now he’s 13. With him now being only a couple of years away from getting his license, I am beginning to realize that my prediction is quite unlikely to come true at this point. But why? Several years ago, the technology was already pretty advanced. Self-driving cars have been driving around several U.S. cities for many years now, logging millions of miles in test drives. Are they perfect? Absolutely not. But, do you know of anyone in the entire world that is a perfect driver? I don’t. Of course, excluding yourself, because we all *think* we are great drivers, right? So, if you thought we are just waiting for the technology to get better, you would be wrong. If I had the choice of driving on road A with a bunch of self-driving cars or road B with human drivers, it’s an absolute no-brainer. I would choose road A any day (or night) of the week. If you don’t agree with me, have you driven anywhere recently? People are notoriously bad drivers when you really think about it. Not because they are dumb, but driving is actually rather difficult. It takes a lot of practice, there are a lot of rules (which many people do not follow), and there is a lot of danger involved. Yet we let anyone who studied some rules and drove around for a few minutes with a State Trooper when they were 16 get behind the wheel of a very heavy metal can and drive around at high speeds within a couple of feet or sometimes inches of one another. Does this seem like a good idea? If Martians ever invade Earth, I guarantee they are going to be amazed at how unintelligent this whole driving thing is.

So, if it’s not the technology, why aren’t we all zipping around town in our robot taxis?

There are two huge obstacles, or some might say barriers, to fully realizing self-driving cars and they go hand in hand. The first is that people are scared. I am not really sure why – given what I mentioned above. The current status quo is hands-down much worse. But for whatever reason, poll after poll confirms that robot cars just scare people. The American Automobile Association performed one such poll earlier this year and found that 71% of Americans fear autonomous vehicles. Only half of the respondents would be comfortable riding in a very low-speed autonomous vehicle in an airport. Only 44% were okay with autonomous vehicles delivering packages – with no people in the car! So, it’s clear that self-driving car companies have a serious public trust issue on their hands.

That leads us to the second obstacle – regulation. Because of the public trust issue, and maybe just because its what the government does best, regulators have been very slow to allow even testing of autonomous vehicles. Waymo introduced a trial of robot taxis under the brand Waymo One in Phoenix, AZ at the beginning of the year. But regulators still require a “safety driver” to sit in the front seat. Perhaps that’s why Waymo or the media hasn’t made such a big deal about this otherwise remarkable achievement. And that’s in Arizona. In other U.S. states such as California, the regulations are even tougher. Regulators will continue to get more comfortable with autonomous driving, but only at a snail’s pace. As long as the public maintains its unfounded fears about autonomous driving, regulators will continue to be resistant and, unfortunately, thousands of people will continue to be injured or killed in vehicular accidents every day, nearly all as a result of human error. Because after all, we’re only human.